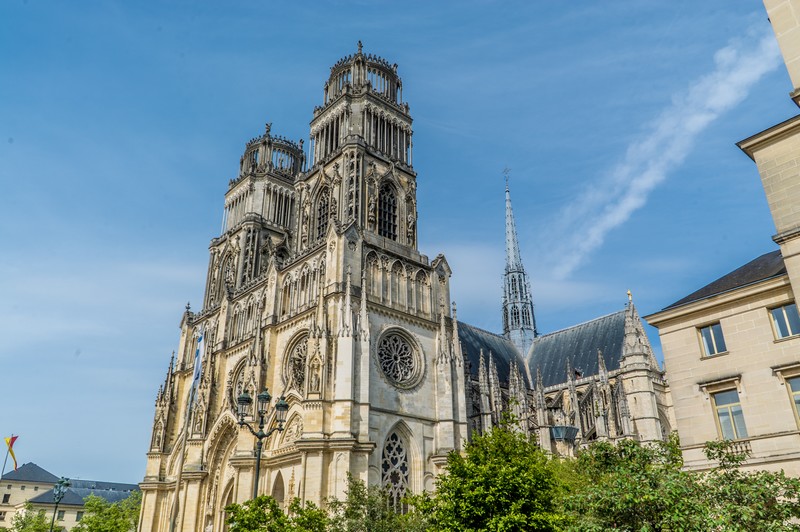 Want to discover our services?

Officially inaugurated on 8th May 1829, 400 years after the liberation of Orléans by Joan of Arc, the impressive Gothic structure (140 metres in length, 53-metre façade and spire rising 114 metres in height) was listed as a historical monument in 1862. In addition to the choir, a magnificent work whose vault reconstructed under the reign of Henry IV lies at the top of beautiful medieval chapels, the façades of the transept which pay tribute to the glory of Louis XIV displaying his motto and sun and the impressive stalls sculpted during the 18th century by the artist, Jules Degoullons, are the most remarkable features of the cathedral.